You may wonder: Do I have an addictive personality?

“Addictive personality is not an actual psychiatric diagnosis,” says Michael Weaver, MD, medical director of the Center for Neurobehavioral Research on Addiction at the University of Texas Health Science Center at Houston.“Personalities are very complex, and while there’s not one particular type that’s more prone to addiction than others, there are several factors that can combine to make you more likely to become addicted.”

When I see clients on a one to one in my counseling room many times, they say: “I have an addictive personality.”

This is a misconception and in my opinion, has nothing to do with your personality, rather I believe the reason why people fall into the trap of addiction is due to one or more of four reasons.
Before I introduce you to these, let me give the idea and definition of addiction: is any behavior we continue to do despite the fact that it brings negative consequences into our lives.
Having said that, then let’s move into what I describe as the four aggravations.
What do I mean by this?
Well, aggravation is by definition the state of becoming worse.
They are nothing but thought-based behaviors. You may feel that is incorrect, and by choosing to engage in them, you are continuing to engage in activities that do you harm. By my definition that’s an addiction!
So what are they?
How do you overcome these?
Let’s have an analysis one by one:

Thoughts are more powerful than most people imagine.

They affect the way we feel, the way we perceive things in the world and even the way our lives unfold.
Just think of the importance of having a good attitude and a positive outlook on life.
Ask any athlete whether they feel it makes a difference to think they are going to win.
People who are stuck in negative thinking will inevitably have a harder time in life.
First of all, they don’t enjoy themselves because they see the shadow parts of everything and miss all the beauty.
They often have “bad luck” or are accident-prone. Of course, being accident-prone is no accident. These folks get sick or hurt because negative thinking has that effect.
Negative thinking depletes your life force.
It is a form of thought addiction that most of us have been caught in at one point or another.
Some people are stuck there most of their lives.
And the sad part of it is when the opportunity arises they do nothing about it, and they turn their back to “luck.”

The second aggravation is self-doubt: self-doubt is negative thinking turned toward oneself. 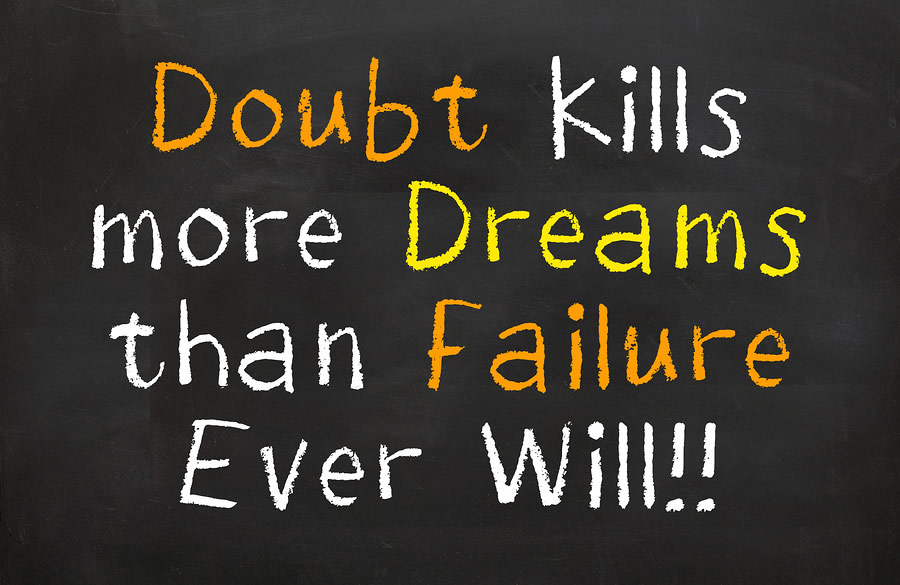 People often doubt their abilities to love or be loved.
They often don’t complete things they’ve started.
Self-doubt is a killer of motivation and a self-fulfilling prophecy that makes it hard to complete anything.
Self-doubt is corrosive and sometimes an unconscious dialog that runs
counter to everything we could hope for ourselves.
Ultimately self-doubt limits us to live a successful life.

Procrastination is one of the worst “addictions” people can have.

Here’s the self-defeating reasoning behind it: “I’m not going to do what I need to do. Instead, I am going to try to distract myself from dreadful feelings, which are now growing inside me because I’m not doing what I need to do”.
When you stop and put procrastination into words, you see the incredible absurdity of the reasoning.
All you have to do is start doing what you have to do.
Instead, you try to fix the feelings you have because you are procrastinating; this one in combination with the previous two aggravations triggers addictions.
All that you do by behaving in this way is keeping you in the state of denial and addiction.
It feels like it never can be done, So you don’t start.

As the old adage goes, resentment is like drinking poison and hoping it will kill your enemies.
Most people who struggle with addictions are swimming in resentments, though they may not realize the extent of it.

Resentment is the number one offender.
It destroys more people than anything else.
A person stuck in resentment perceives an injustice of some kind that simply won’t go away.
Anything can cause resentment in us.
The worst part is that if left unprocessed, resentful feelings build upon each other and grow bigger over time.
As a result of resentment, people have angry conversations with someone else when they are alone, possibly driving a car; they have feelings of anger towards a situation or an individual that they find intolerable; maybe they feel frustrated at themselves, this is called remorse.
Whatever the case may be, people cannot hope to live a great life without processing the venom of resentment out of their bodies.
So, do you still believe you have an addictive personality or the fact that you may be stuck in one or more of the four aggravations makes you think you do?
Maybe by reading this blog post, I have helped you clarify your previous thoughts on addictions.
I would like to think this could have a positive impact on your life and allow yourself to change your mental attitude.
Let something exciting into your life.
Let go of the your aggravations and start something new and different today, your life will never be the same.

I'd love to stay in touch

I’d love to stay in touch

Did you find what you were looking for?

Send us an email, we would love to hear from you
Subscribe to our newsletter and keep updated